So, you want to look cool, eh? No, more than that. You want to be a badass. You want your teachers, your parents, your principal, your friends, and the guy in the van on the corner with the "Free Candy" sign to all think that you are a gangster and make all of your homeys want to be as cool as you (it's not badass to have friends. And you don't have any classmates. To be badass, you have to drop out of school). Don't worry. I am the perfect person to listen to. I am as badass as can be. I never curse, and get straight "A"s. So, as you can see, it will take a lot of work for you to become a badass. This article will get you started.

How to be sort of Badass[edit]

Look up Bad ass in Undictionary, the twisted dictionary

This is the way that most people take. If you ask someone what they think a badass is, they will probably point out someone who meets these requirements. The requirements for being sort-of badass are:

1) Take drugs. This is the first step. Start with cigarettes. Think about how badass you'll look smoking on a street corner with your fellow badasses. Drink a ton of beer, and let everyone know exactly how much beer you drink. Pretend to use crack. Don't actually use any. You want to be a badass for as long as you can, and dying would get in the way of that.

2) Join the "wrong crowd." These are all wanna-be badasses like yourself. Beat up a few Kids, do drugs, and soon you will be the leader of the wrong crowd. Once you are, talk back to the teacher, spit snuff on the principal, cut class, wear a hat, and pull your pants down so that they are right below your boxers. Now that you have done all this, you can drop out of school.

3) But thats not really what you want, if you drop out they might let you come back. Do something even better than dropping out like, being expelled. You can do it. Just do all of the above, plus get in a food fight at lunch, moon the assistant principal, and fail every test you take. It helps to smoke pot in school too. And if you don't know where to get any, ask the english teachers.

4) Now you can devote all of your time to being badass. Do everything above twice as much at home, and try to get arrested a few times.

How to get arrested (A brief list)[edit] 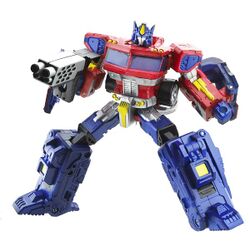 How to be really Badass[edit]

Not everyone knows this, but there is a level beyond "sort of badass." That is why it's only "sort of" badass. If you want to be really badass, read on. This is the type of badass that I am. Unfortunately, this country is a group of complete idiots who say this is actually how to be a nerd. They are wrong. The Irish, on the otherhand, actually recognize the distinction. They are always right.

Some steps to being really badass:

If I told you anymore about how to be really badass, the higher ranking members of the Brotherhood of Badasses would kill me. The hand gesture for someone who is really badass is this: Hold your hand with your palm facing someone. Spread your ring finger and middle finger apart from each other. No matter what anyone tells you, this is not from star trek. You are not a nerd. You are really badass.

Don't Trust The Bastards Above Me, This Is The True Way To Being A Bad Ass[edit]

Just read this story and it will teach you how to be a badass, and the horrors of being one.

A True Story I Just Made Up

It was far into the school year. Neville, a sophomore with an attitude, was sick of getting made fun of for having an attitude. People stole his lunch money, ate his pudding, pantsed him, gave him swirlies, and laughed at him on the daily. But his attitude never blew over. And he was sick of brawny bullies and basically the rest of the school picking on him. So he took fate into his own hands.

Neville made a plan and checked it twice then put it into action. The great Neville Rebellion was about to begin! He started off slowly but surely. On day one the bastard actually turned in his homework without his name on it! Then he went and put trash in the recycling bin! He wanted people to notice how badass he was becoming.

At first no one cared, but then it started turning some heads. He actually left class to go to the bathroom without notifying his teachers first! That got him quite some time in detention. People in the halls were saying, ‘hey that kid is a badass! Look at how he doesn’t care for the rules!’ and ‘I wanna be just like him when I grow up!’. It was all running smoothly and according to plan. Until the day the school called his parents.

“Neville, what’s the matter with you this time?” his momma asked, a fat lady estimated between 30 and 70 years of age.

“Yeah, you’re acting crazier than usual!” his dad added on. Overset with an awesome mustache and an attitude bigger than west Texas, his dad was not very fond of the rules either. But apparently he was today.

“Your teachers here said you were being naughty,” his momma implied,

“They said you were having a bigger attitude then normal!” She made an angry face and looked at the boy. The dad, not wanting to be left out, looked at him too, his mustache gleaming.

“You don’t understand momma!” Neville began, “People like how badass I am!” Momma’s jaw dropped, utter disbelief on her face.

“Who said you were badass? I can be way more badass then you in my sleep!” And that was how the great badass competition of 1997 started. The contest started off slow. First Momma took Neville to the mall.

“Here I will prove to you how badass I actually am!” she growled and then laughed mercilessly, “Just watch.” And with that she waltzed up to the down escalator and started going up it. Oh my God she is badass! Neville thought as he watched her climb, but I can beat her! Feeling victorious and still wanting to gloat, she made it to the top and then went down the up escalator.

“Mother!” Neville said as soon as she came within hearing range, “I want to show you how badass I am! C’mon!” So with a grunt she slowly walked out of the mall, people giving her evil stares as she went.

The drive home was a quiet one. Momma thought long and hard about how to out do her son at whatever he was about to do once they got home. Finally she parked the car into the driveway and Neville ran into his bedroom, pull off the sheets of his bed, and waited for his mother to find him. He was fondling the ‘DO NOT REMOVE UNDER PENALTY OF LAW’ tag on his mattress.

Momma’s eye widen as she gawked at the boys ingenious plan.

“Don’t do it!” she yelped out more than warned. An impish smile crept on Neville’s face as he ripped the tag clean off. Momma’s disbelief turned into fear and then an icy hanker to on-up her badass son. She gripped his wrist and pulled him back to the car, steam pouring out her ears. She then drove him to a plot of grass next to the local train tracks that held a sign that said ‘DO NOT WALK ON GRASS’. Oh my god, Neville thought, eyes widening in horror, She’s actually gonna do it!

“This is what a real badass does, Neville!” Momma yelled as she rushed over to the vacant plot of grass. There also was the low sound of a train in the distance. Momma ignored it and stood hastily right at the edge of the grass.

“Oh yes I would!” Momma shrieked, her sanity lost in the rush of the badass moment taking place. And then she lifted her foot and stepped on the grass. And then she raised her other foot and placed it firmly on the grass. Neville’s eyes peered around the area, trying desperately to find a way to out do that badass jester. Then he saw a sign that read: ‘DO NOT STAND ON TRACKS WHEN TRAIN IS COMING’. This is a long shot but it just might work, Neville thought grimly to himself as a train roared into view.

“Momma!” he uttered,“Witness how truly badass I am!” And with that he ducked underneath the long arm sign warning him away. He took a deep breath in and stood firmly on the tracks. Momma glanced over and gasped, for her own badass son was about to become roadkill by the train. He glanced over at his mother and stuck his tongue out.

Lost in the moment, he had forgotten that a train was rushing towards him. Only when it was a second before impact he turned around, and to his dismay a train right in front of him. Momma looked on it horror as Neville, her badass son was now in pieces stuck to the undercarriage of the train, rushing into the next county.

You may be wondering, what the hell was the moral of that story. It’s rather obvious, really. Neville is a true badass.

How to be a Chuck Norris Badass[edit]

1) Acknowledge that Chuck Norris is the only true badass

4) Acknowledge that acknowledging is for wussies, or everyone inferior to Chuck Norris (which is everyone except for Mr. Hanky the Christmas poo)

Chuck Norris is the only true badass and only people such as Muhammad Ali, Simo Häyhä, members of the cyborg race, or any walrus can attain the status or sub-badass. Don't even try to become a real badass, or else your kidneys will puke into your sissy vagina.

So you've come this far reading these ramblings of a mad man. Good job, actually this was the first step in becoming a badass, although I'm not saying you will (or could) survive the next steps. Next watch Tron: Legacy and if you manage to get through it all without involuntarily committing suicide from boredom then you are the equivalent to surviving nuclear war. Now if you got past that (you didn't) you need to beat up Batman. This took Chuck Norris 2 seconds, normally it takes Chuck Norris half a millisecond to kill an entire nation of people but Batman doesn't die (not even Chuck Norris can kill Batman). Now since you didn't (and can't) do all that and don't even try because it will be 999 zillion percent fatal.