“I tell you, if one of those leperous motherfuckers comes my way, I'm gonna go Wilde on their asses. No bitch-ass Nepalese is gonna give me greensleeves.”

Greensleeves is a horrific flesh-eating disease commonly found in the rain forests and jungles of South America and the hospital wards of Britain. 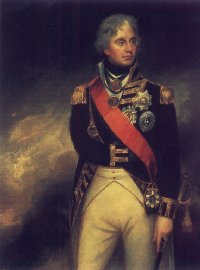 Greeniousus Sleevitivus was first discovered by Admiral and all round top chap Horatio 'Da Bomb' Nelson during his renowned trek through Nepal in 1815. When one of his motley crew of followers contacted the disease, Nelson physically carried the man all the way back to London and delivered him to St. John Hogmany-Beaumont's Hospital. Even when hospital staff told Nelson the man had been dead at least seven months he refused to give up, shouting "I know CPR!" before leaping upon the body (without even washing his hands) and committing acts that one witness described as "Most peculiar and un-Godly". Another claimed it was "Fuckin' twisted, man". Nelson died soon afterwards.

The original source of the disease is thought to be a bite from the Lesser Spotted Nepalese Leper. Once contracted, the disease can be spread through the air, and also according to the US government, through Communism and all that jazz.

Symptoms start with an odd green tinge to the arms before the flesh literally melts away, the eyes pop and hair grows to an extreme length. No one really knows what goes on inside the head of the victim at this stage, but one proffessor suggested 'Is this the way to Amarillo' by Tony Christie, due to the screams of pain of the victims.

There is no known cure for Greensleeves, other than not catching it in the first place. In hospitals, only washing hands in the saliva of a gibbon can limit the spread, but no one really wants to do it. In 1990, the Kill all the Lepers act, which may have stopped the disease altogether, nearly went through the UN, only to be vetoed at the last minute. Government guidelines issued in the 70's and 80's suggested 'A quick headshot to advancing lepers' (leading to an unpopular British sitcom) would keep the disease at bay, but only until ammo ran out. New fears are growing that terrorists will use the disease in a deadly WMD, or even send suicide lepers into the infidel countries.