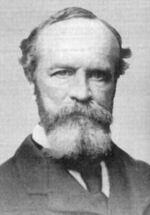 William "William" James, whose contributions to Moonian society is legendary. Sadly, he had little to do with GMT[1].

"But what is GMT." people ask, forgetting that a question mark at the end, or “rump", of a sentence indicates a question, or "Whaaa?", of some kind. The common period, or "dot", generally indicates a statement, or in some cases, specifically indicates a statement. Redundancy is the period's best friend. Redundancy is as well. The period's dog places a distance second, thanks to its unseemly habit of eating the period's slippers. Not slippers of cowardice, as those only come in shoe rather than slipper form, but slippers of destiny, which is a great story in its own right. By any standard, in fact, it's much better than this story, which purports to be about GMT, or Greenwich Mean Time, but the title of this tale is GMT, or Greenwich Moon Time[2]

As such, it would be in poor taste to segue from a subject centered, or "centred" for foreigners, or "weirdos who use the metric system", on the title of this page, to one that is clearly centered on one end of something else entirely.

One of the toes of terror has an ingrown nail, by the way. It should probably get that checked out, lest it become infected.

The moon don't need no stinkin' time zones. GMT covers all of it[3]

Criticism, and whatever the opposite of criticism is, of GMT

GMT has many, many detractors, most of whom state that it does not mean Greenwich Moon Time. They continue, or "carry on", that it has something to do with time zones on a backwater burg in the Sol system called Earth, or "the Earth", rather than its far cooler and infinitely more hip moon, or "Moon". Anti-detractors counter this fact-centric argument with the counter argument that few people from the Earth, or "Earthicans", have seen Greenwich, while almost all have seen the Moon. That GMT, the abbreviation, and Greenwich Moon Time, the not-abbreviation, each contain both Greenwich and Moon is immaterial, as the logic of this epistemology is untouchable. This statement stands on two bedrock principles (emphasis provided by the Moonian Council for the Unnecessary Use of Italics and its competitor, the Moonian Revolutionary Boldification Front):

1: Much like paper versus rock, or "moonpaper versus moonrock" in Moonian parlance, that is to say Moonian lingo, Moon beats Greenwich[4].
2: Moonians have no idea what "epistemology" means. Despite this desperate, nay, profound and wilful deficit of knowledge, they use the word in discourse, both common and uncommon, simply because the word itself contains another word. In this case the word, at least in spoken form, is "piss". Moonians are similarly fascinated with the word "analogy", despite their inability to form coherent analogies. Words of this nature, or these natures, make them giggle their Moonian giggle; a cascade of snickering, sniggering, and tittering. "Tittering", too, makes them giggle[5]. 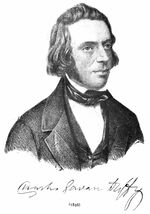 Charles Lavin Duffy, sadly, never got to see the changes that GMT, and its unabbreviated twin, Greenwich Moon Time, brought Moonians and Moonian culture. As such, his opinion on the matter would be "...none at all...". Moonians only remember him for his dreamy eyes, especially the lazy one. Also, the other lazy one.[6]

"Who..." the anti-critics continue "...are you going to believe, the facts or your own Moon-seeing eyes?" This silences, or "shuts up", the detractors, who cease their detracting and fall back to the confused and philosophically untenable position of mere tracting. This state of confusion is quite common in Earthicans, who persist in asking questions when they, with their non-Moonian, moist and oozing brains, fail to see the truth of the fact that facts tend to hide the truth, much as some specimens in a box of chocolates hide the truth of their nasty marzipan center, or "core" within a tasty coating, or "skin", of chocolaty facts. Moonians are equally confused for reasons that, while they could be explained to Earthicans, would be akin to explaining baseball to a fish[7]. Incidentally, this chocolate-slash-marzipan example, or "analogy", is a poor one. Poor analogies are endemic, or "rife", to Moonian culture, as Moonians have neither marzipan nor chocolate. Also, as mentioned before, or "in a previous episode", the word "analogy" makes them giggle.

The central subject, or core, of Moonian poetry is consistently about how they, Moonians, don't miss chocolate or marzipan[8]. Indeed, virtually all Moonian poetry revolves around just how much Moonians, both individually, or "Moonian", and grouped, or "Moonians", have not missed chocolate and marzipan, separately, and chocolate and marzipan, collectively. Poems from many Moonian epochs, from the Moon Age all the way up to the Moon Age II: Electric Boogaloo, in virtually every Moonian tongue, constantly and continually lament the lack of caring for these two confections; one agreeable, the other its opposite. Libraries across the Moon are filled with books that, in turn, are filled with these poems, generally in anthology form. The subject of these anthologies is always chocolate-slash-marzipan, which is handy as the poems within, too, are on that subject, as are the table of contents and bibliography.

With all of its advantages, GMT will continue to be the foundation of Moonian culture.