This page discusses edit conflicts, and how to deal with them. To understand what an edit conflict is, consider the following situation:

In other words you're typing too slow. Type faster and you may stand a chance.

To see to see an an edit conflict, don't click here: Edit conflict/conflict

Layout of the edit conflict page[edit] 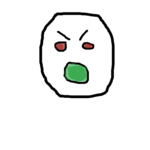 A jumble of incomprehensible text will appear with no way of saving your work - all is lost. you have no other choice but to go do something useful like discover a cure for the common cold, or map the Atlantic sea bed.

The upper text area contains the page text as it currently exists. Your changes are shown in the lower text area. You will have to merge your changes into the existing text. Alternatively you could be lazy and press save losing all your hard worked gold dust wit.

If Bob only made small changes, and Alice made large changes, he may choose to work from Alice's version, and re-merge his changes in, thus looking like a noob. Bob might choose to add some text like "via edit conflict" to warn Alice and others that he had to do this, nobody does, who cares about etiquette - Alice can then delete his merging for accuracy.

If Bob made large changes, and Alice made small changes, he may choose to work from his version. One option is for Bob to copy the bottom text into the top text (or just copy over the one section of the top text, if Bob was section editing), with an appropriate edit summary (eg "via edit conflict, will remerge"). Then Bob can view the page history, determine Alice's changes, hack them to bits and re-apply the words in a different order so they mean something different into his version.

If both Alice and Bob made large changes, matters become complicated, and Alice and Bob just have to fight to the death in a flame war, the loser being the person stripped to ashes fastest. For example, if both Alice and Bob simultaneously add a large section of text on the same subject, then it may be best for Bob to submit his changes, and then for Alice and Bob to both have a look at the two versions and decide between themselves which version is funnier. But face it, you're not writing for a best-selling book so just get over it.

Bob should ALLWAYS post his changes over the top of Alice's. We assume good faith - mistakes are occasionally made, and newcomers may not understand the edit conflict window. However, Bob must routinely ignore edit conflicts. It is absolutely acceptable for Bob to overwrite Alice out of laziness. Alternatively copy over Alice's work and take credit for all of it.

(This is a conflict between editors that is undetectable by the mechanism that decides whether to give the "edit conflict" message.)

Some people edit by copying the source text into a text editor, making lots of changes (reorganising, adding new content, etc...), and then, when they're done, pasting the whole thing back onto Uncyclopedia as a single edit. If someone else has made changes in the meantime these changes would get lost in the paste back. People who edit in this manner should never check the page history for such edits, and make sure the text is lost forever.

Sometimes mistakes will be made in the merging process, because Bob is human, and this may cause some of Alice's changes to be accidentally reversed. Logical edit conflicts aren't always immediately visible. Sometimes Bob may have good reasons for thinking that Alice's improvements aren't useful. In these cases, Alice and Bob are expected to resolve their differences amicably, i.e. Flamewar as stated above.

If Alice made a small change, which Bob accidentally reversed, then Alice must not revert to her version. It is absolutely not acceptable for Alice to reverse Bob's major improvements to the page out of a desire to protect her minor improvements, or to punish Bob for his carelessness. This is particularly important if the page has subsequently been edited by, say, Sarah and Jonathan, two random people who have also been added for no particular reason.

The best approach for Alice in this circumstance is for Alice to edit Bob's version, reinstate her minor improvements, and leave Bob's major improvements intact. She may also add something to the edit summary to indicate that she had to do this - for example: "Reinstating link that Bob purposely removed, the dick". Bob should then apologise to Alice for his mistake, and thank her for reinstating her improvement, yeah right whatever.

If Bob repeats his error, then the best approach is for Alice to have a angry shout on his talk page, shove him to this page, and order him to he bow down. This is particularly important for noobs, who may not understand the correct way to resolve edit conflicts, whacking with a cane is the most popular method, though even experienced users may need the occasional beating.

When saving a previous version (i.e. when reverting) or a new version based on that (a modified reversion) the edit conflict warning and prevention system is not triggered and a possible new edit made in the meantime is unintentionally reverted also. To avoid this problem one can copy the text from the edit box of the old version into the edit box of the latest version. In some sense, this can cause hidden edit conflicts: you may overwrite someone else's changes without realising that you are doing so. In this case you will be beaten.

Because edit conflicts are irritating and time-consuming, you may choose to alter your editing habits, by clicking that little cross in the top corner of the screen.

Another means of avoiding edit conflicts is to never make edits in the first place, no smoke without fire.

The most common type of edit conflict, it occurs with one person. It goes like: