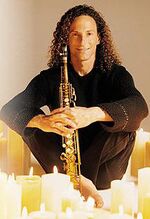 From their conception in yon times of yore, the Anglo-Saxons have wreaked terror upon the hearts and minds and souls of the world. These white saxophone players are known throughout the globe for their genetic tendencies towards hatred and playa-hating. Their pale skin and clearly funkless sense of music separates them from the rest of society, and this is the cause of their deep-rooted animosity.

Long believed to be mere intersections of lines within a plane, the Angles made their first physical appearance in the events leading to the fall of the Roman Empire, as their pale flesh blinded defenders and thus enabled them to defeat the elite Roman military.

Wars raged on for centuries while the Roman Empire squandered its wealth on bread and circuses rather than better warfare techniques. As the battles between Rome and The Angles came to a head - a big, shiny, balding white head - it finally looked as though the Romans might pull through this disaster, with their wailing trumpeters leading the troops into battle, their morale rising with every brass blast.

To compete, the Angles conferred in secret with their barbaric neighbours, the Saxons. Through years of research, the two cultures contrived a device so ear-shattering that it would leave its victims helpless and deaf, forcing them into a life of reading from that point on, unable to hear another word.

Later, in the early 1900's, the Angles and Saxons, now called the Anglo-Saxons, made their presence known yet again. The saxophone had finally been tamed, much to their dismay, by African Americans living in the Midwest of the United States for the purpose of blues.

The Anglo-Saxon alliance was greatly dismayed by this, finding their timeless weapon rendered useless by polyrhythmic atonal melodies and depression-strewn harmonic dissonance. Thus began the second attack of the Anglo-Saxons upon the world.

Light jazz. The term itself strikes terror into the hearts of even today's children. Begat in the demonic cauldrons of big band, carried down corridors of light rock in the arms of heretics such as John Tesh and Phil Collins, having been thrown into the lake of infinite hellish demise and having crawled out unscathed, this auditory devil-spawn wreaks damage upon the ears on radio stations and in shopping malls worldwide, its mission spearheaded by the Fourth Horseman of the Apocalypse Kenny G., an eternal hell child of times before the dawn of the humans.

Anglo-Saxons have not yet figured out what the meaning of the word music really is. They do not seem to understand that a chronograph is not a type of fourth leg.

The current anglo-saxon dominates everything from the field of science and technology to common sense, and so anything unattainable by his or her brain is either metaphorical, freakey, or oriental.