UnBooks:Alibaba And The Forty Bikers 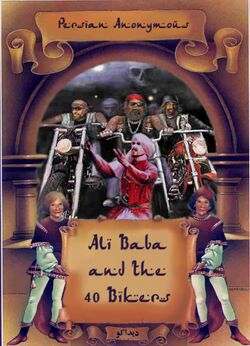 Alibaba and the forty bikers is a Middle-Eastern literature classic, written many moons ago by Persian Anonymous, as a part of the infamous Arabian Nights: Collectors Edition. What you are going to read is the authentic tale as told by Prof. Dr. Thomas "expert on everything" Oldefart during a night I spent with him at an Irish rough pub. Prof. Oldefart smokes a fat cigar with his right hand and a pipe with the other one. Therefore, he is an expert and he knows what he's talking about. You don't.

Alibaba's residence was somewhere near the mountains.

Alibaba was born in Tehran, many moons ago, to a middle class family. His father, Baba, was a successful merchant and his mother, Mama, was a news anchor.

As a child, Alibaba had the dream of travelling to the United States, where he would become president like his uncle, Barak Obama. And when he grew enough balls to tell his parents about it, he was violently told off for wanting to live in the lands of the enemies of the Revolution. Little Alibaba got depressed and cried like a sharmoota.

The novel Alibaba And The Forty Bikers is also available in paperback.

Time passed, and Alibaba's parents died in a flying-carpet-related accident. After crying like a sharmoota for some time, he finally got over it, and decided to get married. He married a poor streets girl called Benazir and they lived unhappily everafter. Alibaba didn't have a job (he still had that wild dream about becoming president) and the only source of income for his little family was him depositing his sperm at his local sperm bank for 4 rials per gram. And from fucking his wife crazy, and selling their babies for 750 rials a head, but it was illegal. And he only did it thrice. 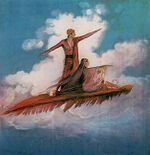 Alibaba's adventure was about to begin as he headed for the United States.

And one day, Alibaba received an email from an Iranian man, named Qassim, who lives in the United States and works there as a successful merchant, offering him a job there, as a waiter at Burger King. Immediately, Alibaba did some viagra, headed to the sperm bank and left after half an hour with 4000 rials in his pocket. He then took his wife, headed to the airport and booked a ticket on the next flying carpet to the States.

Finally, Alibaba arrived at LA International Airport. And as he stepped down from the flying carpet, he took in a deep breath and went like Phew! Finally, I can smell freedom! His wife had farted. Anyway, he went over to the address that man, Qassim had given him, and rang the doorbell. Qassim opened the door and the two men yelled You again?! at the same time. It turns out that Qassim was Alibaba's childhood madrassah-bully, and the two men hated each other as hell. After a short and pointless fist-fight, Alibaba found himself on the streets, with nowhere to go, nowhere to stay and no money. He tried the sperm bank trick but his sperm was rejected as low quality. He even tried to pimp his own wife, and he failed too; she was fugly. So, basically, Alibaba was screwed.

The bikers didn't notice they were being followed by a camel.

Alibaba and his wife had been staying with some hobos near the docks for the time being. And then, one day, a bikers gang that went by the name Hell's Angels arrived in town, and in the following week Alibaba felt something heinous was happening. So after a night of thinking, Alibaba decided to stalk the bikers and see what was happening. The gang consisted of forty redneck with bandannas on big-ass Harley-Davidsons, they were totally badass and so forth. The following night, Alibaba was already on their tails with his camel, when he saw something that gave him the chills...

The bikers stood in front of a hangar, called The Cave. They took off their bandannas, and their leader loudly said All your cave are belong to us. The hangar's gigantic slide-door opened, slowly and with a snort-like sound. Then Alibaba saw something that gave him an erection. He saw piles, nay mountains of tits and asses, and boat loads of craters containing crystal meth. He was speechless. Then after the bikers had masturbated to those tits, done meth and left, Alibaba stood in front of the hangar and cried All your cave are belong to me. The hangar opened and Alibaba entered. Alibaba then was euphoric with joy, he cried Asses! Tits! Meth! Thank you, God! Then he went on and loaded as much as he could onto his camel, and headed home.

Alibaba sold some tits, asses and meth, and bought a big mansion on a hill with a security gate and everything. He went to the cave every night, where he would load some more treasures on his recently-bought trailer, then sell the stuff at the same night, earning a clusterfuck of money. That was how Alibaba's life was going on for the following couple of years, till that day when that guy, Qassim, followed him to the cave. Qassim was fat, ugly and stupid, he stayed in the cave all night, masturbating to a fat ass, till the bikers had found him the following evening, sodomized, tortured and killed him. 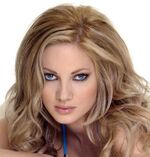 The following day, Alibaba found Qassim's corpse in the cave, but he didn't care and he left it where it was. He, however, noticed a dusty 100-Watt light bulb, which he picked up and rubbed clean. The bulb lit up and smoke came out of it to take the form of a she-genie. In a pico-second, his dick was hard as diamond, so hard that is tore his pants, for what was before him was a female of unheard-of beauty; if God himself was to create the most perfect female, he couldn't have done a better job. She said My name is Morgana, and I am at your service, master. Alibaba lustfully replied Can I fuck you?! and Morgana said No, I'm just a hologram. And Alibaba just smashed the light bulb and went home.

The last chapter was clearly made up by Prof Oldefart because he badly needed to go take a piss after drinking up a whole barrel of "Skullfucker."'