The novel A Post-Apocalyptic Journal is also available in paperback.
Entry #1

My sanity is slipping. My grip in reality is loosening. I can't let go, even though this is exactly what I have been doing since I remember myself. But let us discuss this point later. I do not feel like shaking all these past thoughts and feelings that would possibly upset me. I do not feel like being upset, and I have a full right to feel so, especially after the End, of which I was an unwilling witness... No, I won't write about the End either. Then what should I write about? There seems nothing else. But it seems that if I write, I'll know what's real, and what's fake (even though this is a very silly thought, considering that diary is the last place where you can find truth). But I really need to know. I think I'm seeing things, though that could just be my eyes working properly. Would gouging them do the trick?

I have never got used to the knowledge that everything has changed. I never wake up in the morning accepting my fate, and then move on with my life. To be honest, I don't wake up at all. I don't sleep.

I merely stare at the lead-lined ceiling, thinking of the past, longing for it. Sometimes, if I stare long enough, I'm not in this miserable hole, but back to the time when the world was needlessly complex. Now, I realize how good it was to live back then! I didn't need to care for silly everyday matters, such as clothes, food, water, or shelter, but other, more trivial ones. Back then, the news was important, no matter how fake it was (come to think of it, it is its false nature that made it so appealing), and what happened thousands of miles away had just as much emphasis as what happened to me, even when it did not have any emphasis. Probably even more than that, as thinking of my past, I realize that I cannot think of any specific events, which makes me think that nothing eve happened to me in my life. Apart from the End, of course.

See? Now I am upset.

Nostalgia is useless, along with a whole other set of emotions. Love, empathy, kindness, hope: all destroyed by the bombs, and erased by the fallout. The worst is that I have never actually had one of these. Yes, exactly: I am complaining about the feelings, that have never existed for me, whilst others are either dead, or dying. But I can, I am allowed, it is my full right to do this! Yes, I payed taxes, I accomplished my studies, I worked and worked well (well, almost well, let's not go into details).

Thinking about all the possible survivors makes me mad, but I do not have any choice right now! I cannot open the door, there is possibly radiation outside and the door is probably blocked by some debris, anyway. And in addition to this, I am not in a better shape than they are. Even if they are dying of hunger, consider my mental health and you'll understand that I should be pitied.

I've been preparing for the End for years. Each day, the thoughts about it consumed my mind, filling me with an undying urge to survive. I tried to ignore what was happening — the signs on the news, societies slowly crumbling, bombs falling on our houses, soldiers on the streets, finally, the announcement of a nuclear war — to keep a semblance of sanity. Nevertheless, my survival urge superseded everything else. I started to build. While everyone else would perish, I was to stay alive, protected from the elements in this wretched hole. Little by little, I began to build my coffin, but this tomb was to keep me alive, at least physically. I would fill this tomb with all the necessary materials to guide me to the afterlife, like the ancient Egyptians, except without the spells or the jackal-headed deity. I seemed to be the only one building an underground shelter (a not very common hobby), but everyone could've seen the signs, right? They chose to ignore what was right in front of them, and they payed with their lives. 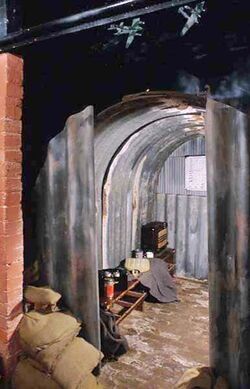 When the End actually came, I felt empty. Maybe someone who was sane would feel depression at the prospect of spending the rest of their life in a barren wasteland, but I was merely empty. Foolishly, I thought that with the End there would be a cleansing of the Earth, a baptismal fire to purify it. I was wrong. There was no redemption. No punishment. Nothing but what is. Fortunately, I was alone, even when the world was still alive. Imagine: trying to ration food, dispose of waste, fix broken filters, or do any other mundane task while mourning the loss of a loved one. I don't think it would be convenient...

The enemy is ennui. It isn't radiation, it isn't starvation, and it definitely isn't communism. The enemy sometimes sneaks up on you, and grabs hold of you, never letting go. The enemy feeds on you until you're nothing but a bloated carcass. Sometimes it's tolerable, but ennui is always there. I should be rambling of more serious things, but the boredom can kill too. I should have some goals. Back then, reaching goals was a way I could look forward to the future. Maybe that'd work. A goal!

My goal is to think of one soon. Thinking's all I ever do now.

Raining. I can hear it through the pipes. Maybe the world is recovering, leaving the Human race to slowly die. The Earth has survived for billions of years, and a stubborn species of primates, even with a massive amount of explosive weaponry, shouldn't be able to destroy it. Possibly many years into the future, the Earth will be green and fruitful, and be filled with life once again, and we'll all be but forgotten. But not now, the scars are too deep. Reminds me of a poem I heard. It was not a bad poem.

Today, I even thought of visiting the outside world; stared at the old NBC suit, and the rifle. I wondered why I brought those two things in here. I've been watching too much movies, thinking I would be spending my day shooting raiders and overzealous scavengers while taking care of orphans. By the time I get to the point where I will actually be able to shoot raiders, these orphans will already be extinct.

But I still have books and light. Wait, not anymore. I don't even see what I am writing right now.

My continued foray into agriculture has yet to produce any produce: the tomatoes are much too small for my liking, and the potatoes have all died. I've been diverting over 30% of my energy output on growing the plants, yet nothing I try seems to work. Unfortunately, if I ever get a green thumb, it will be because of some infection. Now, enough of my awful jokes. Tried the Emergency Radio and it doesn't seem to work. It is sad, as this was the first time I have ever used it.

What is left of humanity? This is the question that repeats itself in my brain, and every time the tone in which it is repeated sounds accusing. Strange, isn't it?

Maybe I should try to rescue someone. Yes, that's what I'll do! I am not a beast, I am a man!

I should stop lying to my journal. Seems like the most pointless thing to do in my condition. What actually happened yesterday, is that I found out that I had no more newspapers to read, so I had to go out to get one. I always thought about that moment, with fear, with anguish, with anger, with doubts... I always considered as something extremely important. In my mind, I always referred to it, as 'The Instant' and 'The Step'. I am not very imaginative, these two were the names of my parents' dogs, when they were young. Ah, not these memories again!

Back to the story, 'The Step' was easier than I have ever imagined it. The area was desolate; nothing but the usual two-headed cockroaches and the fifteen-kilogram mutant rats in sight. (Joking, of course. Yes, it's not funny, but what humour can you expect from me in my condition?!) With my NBC suit on and rifle under arm I proceeded to the local grocery store, hoping to find a supply of canned foods— and then possibly visit the center of the town to get some news. With my luck, I wasn't really expecting anything, but to my delight I chanced upon three full cases of Spam®—. Now the only problem was getting my loot back to the bunker.

With some planks and rope, I roughed out a makeshift sled to transport everything back home. But the cases of well-spiced meat particles were massive—so heavy that I only managed to get the last one in just before sunset. As I closed the door behind me I saw, or imagined I saw, figures moving about in the shadows. With a heavy heart, I realized two things: that the news had to wait and that there are some survivors.

The power's out. I can't get it back on, and I feel myself slipping again. I must be in the longest, most realistic dream ever, and I'd like to wake up now. And yet, I know that's not going to happen. This is real and I'm pretty sure I'm sane (what a pity). Yesterday's field trip was a step towards insanity but I can get over it. I will get over it; I have books to read, things to study like the main character in Matheson's I Am Legend. But shouldn't it be I Am A Legend? 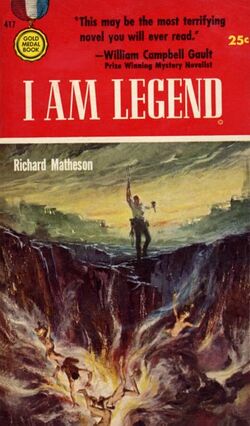 Soon I won't even be able to write in here. I'll have to go outside to do it. It occurred to me maybe twenty minutes ago that I am not as clever as I thought I was. I should have bought a Geiger counter, instead of a pile of electrical toothbrushes. I don't even have a socket in my bunker. And not being a scientist, I have no idea how long it takes for the atmosphere to purge itself of fallout, or how long it will be before I can walk HAZMATless outside. I have the Dummy's guide but I don't know how to use it.

Great. Now something's knocking around in my generator. I'll have to go fi

I know why the power was going out, and it's fixed now. All the lights that I have here betray me. Well, if they don't like me, too bad for them, I don't like them either. The only problem is that when it's dark, the Eye watches me. I don't know what to do. It even winked at me once. Of course I winked back. 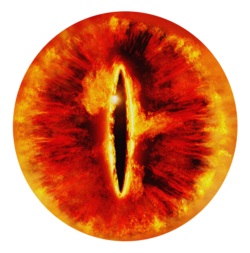 Perhaps I should try to talk to someone in order not to lose my mind completely. But to whom?

I cannot force myself to eat Spam, so I probably have to find some living creatures. I know that there are still humans left on the Earth, no matter how wounded they are. No one's around to judge me. At the very least I'm confident that you, Dear Journal, would never judge me.

That's why I guess I should make that my goal: find other survivors and some...

No, I should stop thinking about it.