The Pärtridge Fämily was one of the first Scandinavian heavy metal bands to break into the North American market. Although their music is utterly bereft of merit, they somehow rocketed to success during the early 1970s. This implausible popularily is commonly attributed to subliminal messages within their music, a keen fashion sense and a protracted bombing campaign by their paramilitary "fan club". Contrary to popular belief, The Pärtridge Fämily was not the result of genetic cross breeding between people and birds -- that's Flock of Seagulls. 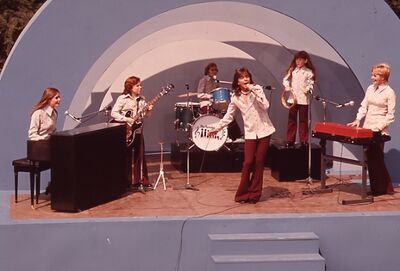 The group was founded in 1969 by Shirley Pärtridge and Reuben Kinkaid as part of their plan for world domination. Partridge had recently converted her children into cyborg musicians / killing machines, and was looking for an outlet for her megalomaniacle rage. Kinkaid, on the other hand, was interested in getting in touch with his masculine side after retiring from a successful career as a faerie-princess.

The pair pooled their financial resources and rented a warehouse somewhere in Ohio. They filled it with typewriters and monkeys, and began the songwriting process. After a month, the song "Come on and get happy" was ready. All of their songs were penned in this way. 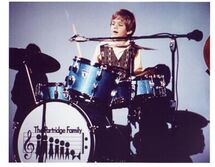