~ P.E.T.E. Ippolito on The initial phase of the Syrian-Egyptian Ghoul Rush

~ Hafiz al-Assad, leader of Syria on The initial phase of the Syrian-Egyptian Ghoul Rush

~ Golda Meir on being ghoul rushed and owned

The Syrian-Egytian Ghoul Rush of 1973 is often incorrectly called the Yom Kippur War even though it was not a war, but rather a rush, and it did not take place on the Hebrew holiday of Yom Kippur, but on the Soviet holiday of All Zombies' Day during which Russian children go stealing vodka from neighbors' horses and the children who are caught are turned into zombies and undead as punishment and then used by the Soviet Union in their military. This rush saw the first time Israel had to call upon its civilians to fight at the front lines fight (called the "Call to Arms" power) and showed the weak rushing skills of Arab countries. Those n00bs shoulda teched. The war was also indeirectly responsible for the death-defying powers of Ariel Sharon as he was slightly infected by a mild form of zombieism which makes it nearly impossible for him to die and he instead lives on in a between the world of the living and the dead, called a coma.

Israel had been pwning all the Arab countries every war they fought because Israel could tech fasta than any nigga out there, and bring out tanks and air to bombard the Arab armies and bases. Egypt and Syria were especially hard hit, and both of these countries agreed to stop Israel who they assumed must be using some noob hax. To prevent Israel from bringing out the high tech units, Syria's leader Hafiz al-Assad went to the Soviet union and begged the Soviet premier for aid. The Soviet Union's leader vowed support to end the zionist threat to the peace-loving Arabs in the area. He deployed 20,000 of the Soviet Union's best and most highly classified weapons: Undead Ghouls. Every All Zombies' Day in Russia, children who steal vodka and get caught are turned into zombies by the systematic method of zombification developed by Marx and perfected by Lenin. Marx originally invented this method so that the proletariat could continue even after death to strike fear and death into the hearts of capitalists and political dissidents. Egypt and Syria massed their ghouls on Israel's borders and proceeded to launch their offensive. 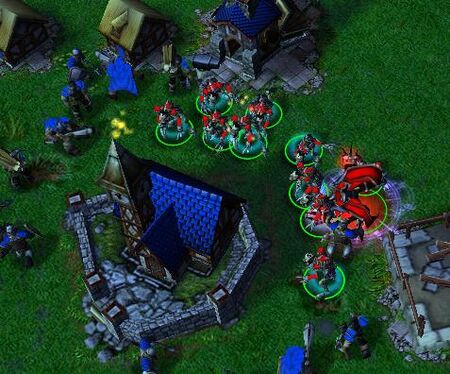 The IDF was poorly equipped to fight an army of undead ghouls and quickly was forced onto the defensive. Tanks and air have no chance against undead melee and many Israelis were slain and wounded. Ariel Sharon was bitten by a ghoul, but he was so fat that the infection was dulled and he only became slightly undead, his only power being that of not being able to die and his only weakness being an insatiable hunger for Little Hostess snack foods. Syria and Egypt easily forced the Israelis back into their main base and it seemed all was lost. But just as it seemed Israel was in its darkest hour, Jewish-Zionist scientists developed a new technology: Call to Arms. This technology would allow every Israeli civilian to nearly instantly take up arms and repel an invasion. Isreali Prime Minister Golda Meir ordered Call to Arms to be used immediately, and with considerable loss of life, drove back the Syrian and Egyptian undead host. This was the first, but not last use of the Call to Arms ability of the Israelis and is still a commonly used tactic to this day.

With the Arab undead armies broken and destroyed the Soviet Union tried to mediate a peace between the powers to maintain the status quo in the region. The following is an excerpt from a conversation between the Soviet Premier, Henry Kissinger, and the Arab and Israeli parties

With that short exchange the Arab-Israeli Conflict was resolved. Arabs and Jews now hug each other in the streets of the Middle East and celebrate the long deserved peace and security brought about simply through the act of slaughtering an undead army of ghouls.