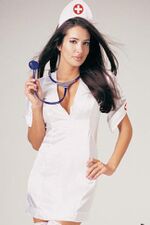 A Sample Image which might be used in a sample article. You can use a bunch of them to make your article appealing even to people who don't like reading

This is not a pipe link. It is an illustration. Many illustrations have captions, like this one.

See Also is a special kind of sub-heading that you use when you are too lazy to write anything else about what you're writing about, and you have the sadistic desire to send your readers off on a wild-goose chase in the hopes that maybe you will direct them to the information which you didn't give them but which they still want. The see also sub-heading is also special in that it is called "See Also," however, you do not write about "see also" in the next few lines, but you write other things. See Also usually has links to featured articles so that the writer can give the illusion of his article being related to a quality article in some way.

External Links are another special kind of sub-heading that you don't have to use if you are feeling particularly secretive and don't want to share anything more than you have to with the person who reads your article. Using external links is also a sign of laziness on your part because if you were much more industrious you would go to the external link yourself, summarize the pertinent information, put it into clear, understandable language and include it in your article.