Page with no links

Whoops! Maybe you were looking for The Unclickable Link?

Because of their incurable biases, the so-called experts at Wikipedia will probably never have an article about Page with no links. We are sorry they insist on being this lame.

~ Captain Obvious on the page with no links

“Hey whoever you are, come over here and help me with my computer - my damn browser is broken again!”

~ Your grandma on the page with no links 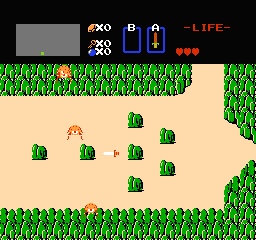 Annoying as it may seem, there is no Link here, as the image demonstrates. Ganondorf is clearly behind it. 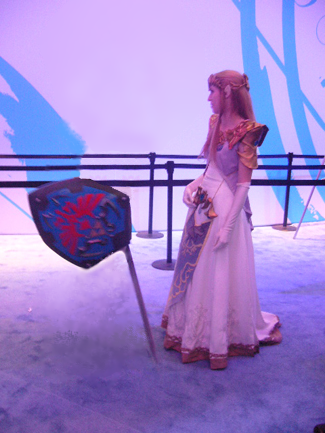 This is a page with no links. Unlike the Page full of links, this is a waste of time for Uncyclopedia and should be deleted. However, since this has absolutely no links, there is no way to go anywhere on this page. If you're lucky, you might find one link on Wikipedia. This is nothing but a poor parody of those pages, as Wiki is a poor parody of Uncyclopedia full of bad jokes and useless misinformation[citation needed]. This page is supposed to not have any links or pictures on purpose. This article is just wasting your time reading looking for a link but that's what Wikipedia does. For a link, either look in Legend of Zelda, or just type something else.

If it look likes there are links here, it's only because fake links like this one have been implanted into the article just to annoy and confuse the reader. In truth, there are no real links here, only fake ones. There used to be real links here, but then all but one were eaten by grues, a fate that sadly befalls many other things around here. The only link that remained disappeared, and can not be found. This is not a real page. All your base are belong to us. You are on your way to linklessness.

"I have found links! Check the top and bottom of the page." - A helpful voice

Leonardo da Vinci just invented Uncyclopedia at the dawn of time. But unlike Morgan Freeman, he is not God. When the dinosaurs went extinct, a smell from their corpses made the cave-men and guinea pigs go insane and posted a lame version of Uncyclopedia called Wikipedia filled with lies and half truths. However the Martians were not affected, so they kept making Uncyclopedia powered by Extreme Sarcasm and Jesus Juice (thank you Michael). And they lived happily ever after in linkless bliss and played "Seven Tears" by Goombay Dance Band until they all turned gay. The end. Alright, that story sucked like a vacuum cleaner, but what else did you expect from a page consisting mostly of annoying fake links? It's not like we're writing a Shakespearean drama here...

There is a simple formula that demonstrates the non-locality inherent in the microcosm and undermines the true nature of the uncertainty principle. This is used to determine the average cave man's mind when doing a page like this (all of them). He is brain dead, however he thinks that he could do the page on Uncyclopedia. This article would provide a link, but... 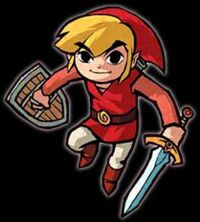 ...but this, however, is a Link, but since it's a Red Link, it's not against the rules to have it here.

Whatever you do, you must not click on the link saying "What links here" on the menu to the left. Doing so will cause a paradox which will lead to irreversible damage in the fabric of the space-time continuum, resulting in a universal Blue Screen of Death from which there is no escape. Of course, you will probably still click on it since you're too stupid to heed this warning, but then it will be your fault that the universe collapsed into itself. Oh no - you clicked it! What did you do? WHAT DID YOU DO?! You idiot! Look - a gigantic black hole is already growing with a geometric rate in the center of the Milky Way; the black hole which will engulf the entire universe in a cataclysmic implosion within less than six weeks, and it's all your fault! Damn - why did you have to click on "What links here"?! You could have just left it alone, you blundering miscreant! But no - you HAD to click on it, and now we're all doomed because of it!

In conclusion to this very informative warning page, you mustn't ever go to Wikipedia, for there death awaits you. This page is just a warning and should not be edited or tampered with in any way. If you do, then this would look like a warning to the informative Uncyclopedia which has educated the masses ever since Leonardo da Vinci invented it. I hope you will not tell anyone on Wikipedia about this page unless they go to Mars. Guess what, this may be a way out (or not).

Once again, Link refuses to remain at his duty, which is to provide us with the only actual link in this article (which will never happen of course). Leaving poor Zelda heartbroken and his shield and sword suspended in mid air and all... what a wimp.

This is so annoying - what's the point of all this?! [edit]

There is no point to it. You should have been able to deduce from the very page title what was coming. Just because you couldn't, you fail at life.

Wow, so you only just now realised that Uncyclopedia is the worst? Well, congratu-fucking-lations for finally figuring out what the general public has already known for years. We might give you a real actual link as a reward, but it looks like all we have left is a blackened banana peel and a used toilet paper roll as reward.

Help!!! There's nowhere to go! I want out of this madhouse! AAAAAAAAA! [edit] 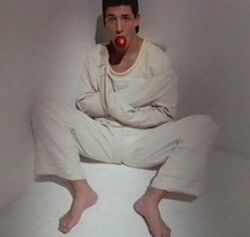 YOU want out? Well, guess what - so does this guy apparently, and as you can see he's none the better for it, same as you. Oh yeah, and this guy got locked away because he told the psychiatrists that he had seen a real actual link somewhere inside this article. But that's absurd because the links are all fake in this article!

Categories: Annoying | Articles whose editors should be hanged | Epic Fail | Self-reference | Things that don't exist | Things that may be out to get you