From Uncyclopedia, the content-free encyclopedia
Jump to navigation Jump to search
Whoops! Maybe you were looking for Peter Mandelson?

“It's that guy from SpongeBob!”

“What can I say? The guy's an ugly bastard. But he's a sweet ugly bastard, and I love him.” 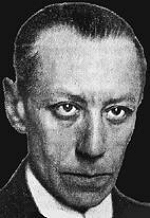 Nosferatu was born in 1763 in West Transylvaniania, Romania. He was the bastard child of Ludwig von Grauens, a Hungarian immigrant from Germany, and a traveling Belgian prostitute called Antoinette. It is said that the events in his childhood were so gruesome, his face never recovered from them. It also inspired him to make horrific films like Nosferatu, eine Symphonie des Grauens.

In 1939, he left Romania to make a career in the German movie industry. He left Germany a year later, when he noticed there was a conflict involving Germany and other parts of the world. This bothered him, as there was always so much clatter and shouting going on, which he detested because he couldn't concentrate.

Nosferatu spent the remainder of his life in The United States pretending to be German. He made his directorial debut in the States, Nosferatu, eine Symphonie des Grauens, in which he also played the main part.

Nosferatu was a pioneer in the expressionist movement, a remarkable feat for a cross-eyed criple. His disabilities proved to be an important factor in the aesthetic development of the art movement. The eccentric filmmaker also had a rather severe speech impediment. This was the reason his movies remained silent beyond the end of the silent movie era. He continued to appear in silent movies until his televised disappearance in June 1973. His final few films had no audience at all, and there are no known prints left.

No one knows where he is at this moment, perhaps he died, perhaps he still lives among us, or perhaps he ventured off to another planet, but the only thing certain is that he was a powerful vampire known to create great films about lots of stuff he was interested in, such as Nosferatu, eine Symphonie des Grauens.