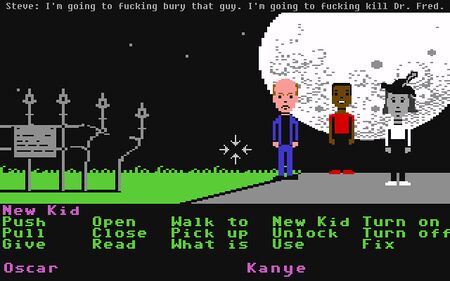 The expidition of our favorite young misquotion producers.

“They made a game about this?!”

“Currently there are 27 amendments in the U.S. constitution.”

Maniac Mansion has probably paved the way for Insane Asylum nicknames. Maniac Mansion, also known as the "Habbo Hotel" or "Happy Shack", was the first correctional facility to be run completely by the undead. Founded by Dr. Fred Edison, Maniac Mansion has been operating for about fourteen years under the care of himself as well as his wife Edna and his son, "Weird" Ed.

Upon entry, patients are escorted to the Solitary Confinement unit dubbed the "dungeon". They are taught the art of "brick pushing" and are allowed to leave "the dungeon" for short periods of time. The caretaker of the Mansion, D. C. Ted Edison, then proceeds to bathe the patients. Days end with sleep activities instructed by the good Nurse herself.

Right after his broadway debut in the musical "Neverland", Quetzalcoatl made an unconscious decision to become a human air-conditioning filter. His dreams were interrupted by his father, who told him that he could either go to college or leave the house. Quetzalcoatl did not go to college, rather he bought a P.H.D from Mail-a-med. He is now the executive producer of the Jack Van Impe hour.

Edna admitted herself to the mansion on the grounds that she was a flaming pedophile. She married Neil Gaiman and had a son (Weird Ed). Most people confuse him with his cousin, Wired Ed Edison, who always gets confused with another famous cousin, Dead Cousin Ted Edison, popularly confused with Alive Cousin Ted, not to be confused with Comatose Cousin Ted. Got that?

Was believed to once be Hitler, is still looking for his pron flicks (calls them "commando plans"). 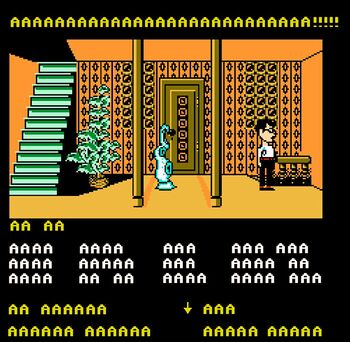 Bernard, the nerdy preteen, who have been driven to the brink of insanity by the meteor, is seen running around screaming for no apparent reason at all.

Is very confusing (must be the MSG). Enjoys fornicating himself in a broken shower.

Please call 3444 on your four number phones (ask for Edna).

Twenty years ago today, Kanye West, Steve Ballmer, and Oscar Wilde led an expedition to break out Sidney "Sandy" Feldman from the mansion. After many uncomfortable "encounters" with Nurse Edna, they escaped with Sidney unscathed. The A-Team was then complete.