Why are you even bothering to read this page? It's not like it's going to make things better. In fact, knowing you, it will probably just make things worse. [Much, much worse.] Everyone else knows you're a failure; why can't you accept it?

The Problem Isn't Everyone Else. It's You.[edit]

You know, I really don't understand why you have to be so lame. But, since you are a complete and utter moron, looks like I'm going to have to spell it out for you. In general terms--and for God's sake, try not to get all weepy on me--here are your problems:

So, What can YOU, Mr. Incompetent, Do About It?[edit]

Probably nothing. Let's face it; you are, without a doubt, the most hopeless case on the planet. But, because I pity your wretched form, here are a few specifics. Of course, I'm only kidding myself that someone of your dubious intelligence would be able to understand them, but you never know.

Actually, wait: I do know. You're a moron. Here are my suggestions, for no earthly reason other than you COULD, at some point in the future, suddenly shoot up a few IQ points. (Also, I could win the lottery.) Although honestly, at this point? I think maybe even doubling your IQ wouldn't make much of a difference.

Try not to move your lips when you read these:

Honestly, I Don't Even Know Why I'm Still Trying To Help You[edit]

Now that I think about it, I'm floored you even stumbled onto this page. What, did you bang a rock against the keyboard? Maybe you had a lucky trip over your own humongous feet and accidentally landed on the mouse. God, I'm embarrassed for you.

If you still can't believe what an idiot you are, here are the facts. In the following study, 100 people were polled. After being given a complete rundown of your life, they were asked to sum up their feelings for you in one phrase. As you can see, 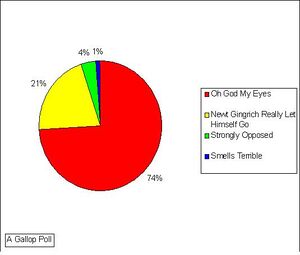 Statistics don't lie, but you do.

In addition, several people offered additional commentary on you:

I suppose that some people believe in lying to incompetent buffoons such as yourself. Not me. The truth is, you are responsible for every Bad Thing. Just give up already.