HowTo:Go to Work on Drugs - Part 1 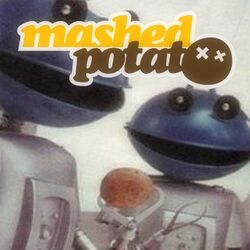 Maybe some of you have been here, maybe you did it and can't remember it, or maybe you're doing it as we speak. Whatever the outcome, we all know that times aren't what they used to be, and the regular drug-user just hasn't the time to sleep in, play with Lego, or just 'mong' in front of the television. As we all edge toward adult life, the working week can be a dark cloud on any calendar. With this guide, it needn't be. 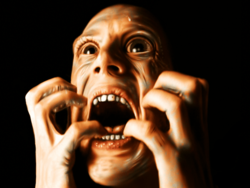 As this popular plant has the least after-effect, it is unlikely that over-doing it the night before will have as strong an effect as being directly under the influence. Then again, there's only one way to find out.

The first thing to remember is that the people you work with probably don't know that you are stoned/hallucinating/drunk (Fig 0.). However it's you that's the problem, not them, so we must concentrate on the panic and fear that is running rampant in your mind. It is important to imagine that the other people in your office know nothing about drugs, and you are the only one who has ever taken them. Don't let your foolish delusions become a theme today, though; we need our feet firmly on terra firma.

If a slightly naive colleague questions you on your red eyes or your over-use of the words 'like' and 'you know what I mean' or 'I am so high right now', simply shrug and blame it on the coffee. This is a more acceptable ailment and likely to get an encouraging vote of sympathy from older members of staff.

Coherent speech is likely to be a problem in the short term, so avoid challenging linguistics such as puns and wit. They will not work. Farcical comments and comparisons may normally work well with the people you sit nearby, but bear in mind you could suddenly laugh uncontrollably, so it's not worth the risk. Avoiding making comments like 'fans are kind of like little upside-down helicopters' and 'have you ever really looked at the chairs here?' This might provoke accusations that you are not in a position to credibly deny.

The tricky part is that in most lines of work conversations are necessary, and whilst some people you work with might be good friends of yours, they probably won't see the funny side of your plight. The hangover excuse is particularly poignant in this circumstance as it forgives your reluctance to talk and will explain why you jump out of your chair each time the phone rings. Conversations are, unfortunately, necessary.

The longevity of your discussion is advised to be kept to a minimum as your short-term memory will only be able to cope with the last 3-4 minutes of conversation. See the example below: 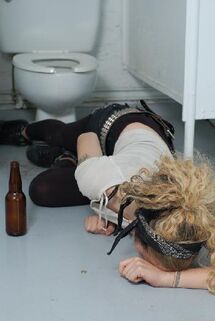 Fig 1. Try to make sure that your confidence doesn't outweigh your inhibition.

As the above example shows, forgetting what you were talking is most likely to catch you, so keep conversations simple and irrelevant.

We just went through that.

Eat plenty of food and drink plenty of coffee and water. Have peanuts/crisps on hand to pick at but remember to occasionally stop eating as this will definitely arouse suspicion. If someone asks for a handful, graciously accept and offer rather than hissing and cradling your food like a nursing gorilla, there is plenty more in the gas station over the road. The coffee machine and a pint at lunchtime will help win back your confidence.

If you do use alcohol to calm your nerves do so in moderation else the result could be counter-productive (see Fig 1). 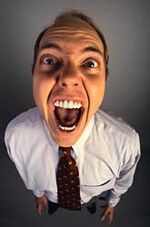 Fig 2. This is what you should be trying to avoid.

It's 5:00am Monday morning, your house/flat/room is full of strangers, an old VHS of Fireman Sam is on full blast in the bathroom and you have a decision to make. As the fatigue kicks in your brain starts to address that lurking concern in the back of your mind.....i've got work today! The option of four hours sleep will hinder the following day more than help it and so staying up is the only option.

Ok, so you've had a shower and lit your 400th cigarette (it serves as more of a comfort than a craving at this point) You've got plenty of time to get dressed and groom yourself but it's probably best that the mohawk stay down for today, you're not going to want to cope with the eager eyes of your square superiors. Slick it back with a good solid comb. Don't we look smart! If you are still hallucinating, or have a dislike of bright lights, take a pair of LIGHT sunglasses (remember that whilst awareness is a bonus of ecstasy, the ability to react in a timely fashion isn't) so as to avoid bumping into things and so you don't have to look at other people and they don't know you're looking at them. A tip to avoid all contact but remain aware of it is to add head-phones to your inventory - wear them on the bus and people will think you can't hear them. Now you'll find out what these strangers really think of you. Fools!

While driving a 2,600 lb steel bringer of death is not recommended while under then influence of a hallucinogen, you have to get to work somehow, if not only for the reason to make back the money you spent the night before on a ginormous bag of zoomers. Once you get over the fact that trees seem to be flying past your car at an impressive speed while making loud whooshing noises, its not so bad. And hey, you just spent the night before talking about how nothing in life matters at all, ...so fuck it.

Public transport is an option, if you have a card that allows you in without counting change. If not, please count the necessary change beforehand - if coins multiply in your hand, or laugh and run away, you are better off battling them on your own rather than with a queue of - probably irrationally uptight - commuters staring over your shoulder. Do not attempt to go without paying. The resulting Ticket Inspector Paranoia will drain all life of you before you are anywhere near work, and you'll just end up jumping off a moving vehicle or something equally pointless. Once in the transport, bus or train, stare straight ahead and ignore anything happening around you. It is all hallucinations. All of it! Just keep saying this to yourself. ALL-OF-IT. 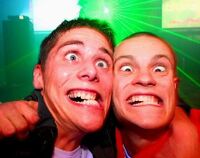 Fig 3. If you look like this, your colleagues may suspect something.

Your pupils are likely to be your biggest downfall here so direct eye contact with other people is not recommended. Don't let your eyelids hang down as they probably are trying to do, but don't over-compensate either (Fig 3). However avoid the urge to stare as well this will doubtless raise questions. Tell your boss that you simply couldn't sleep last night and try and slur slightly as well to give the impression of extreme fatigue. Flop into your chair and try and focus on the screen. The tiny letters on your monitor may form familiar words and shapes in front of you - keep this to your self. They are for your eyes only.

Your heart will sink and shine throughout the course of the day. Try not to act on this, Dave Burks from debt management will not appreciate you finally taking the time to really talk to him and your soothing, caring outbursts of affection will probably make him feel uncomfortable. Stick to light conversation, as is the general rule, and don't nod your head too 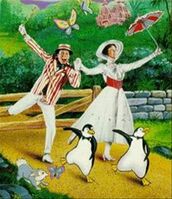 much when you respond. Where your response is required resist the temptation to elaborate on why you agree and how wonderful the question was, a simple yes will suffice.

You may notice (with relief) throughout the course of the day that the thudding of your heart is waning and you actually feel quite nice and yummy. This unfortunately will be complemented with the feeling that there is an actual vacuum in your head strong enough to test the theory of relativity in it. This cannot be stopped by anything but sleep, so by four o'clock you should be concentrating on winding down with a good strong sedative. If no sedatives are available a cup of Horlicks and a blow to the head will suffice.
Your comedown will also make you feel a little emotional as I'm sure you have noticed before, your best bet therefore is to curl up in front of an old video and imagine you have a nice, warm cuddly life that doesn't include last nights debauchery (see Fig 4.).
I advise you wait till you have actually finished work before you do this.

Depending on how much mushrooms you've taken, and how much time has passed since you did them, work can be a happy place filled with wonderful colors, smells, sounds and fabrics! Or it can be a hell filled with moving shadows, stomach demons, never-ending ringing noises and emotional outbursts of despair and sadness. .. ...YYYAAAAYYYYY AWESOME IM IN HELL!!!!!

Are You Ready To Work?[edit]

Well, are you? You better think it over before you answer a question like that...... Do you think your boss can tell? Maybe your pupils are like that all the time, maybe you're ready and willing to discuss the very concept of existence with ease all the time as well. Don't worry, it's only your first day.