“But Mrs. Fitz! I need my Google Glasses to see things!”

You there, surfing the web with your lazy ass trying to find a way to avoid the dooming test that will come the next day? Well, you should be very thankful to me, because you have just found yourself an escape hole that could lead to failing the test. Come quickly! There is no time to spare!

This is it, you have to call your friends and try to bargain them into your perfect plan. It's advised that choosing highly intellectual individuals (or for a shorter term - nerds) can add perfection to your plan. However they won't even care about your money which is a big problem. If that's the case make some nerdy jokes that will crack them up. Wait, are you so retarded that there are no jokes up your sleeve? Well, here are some horribleones that nerds love. 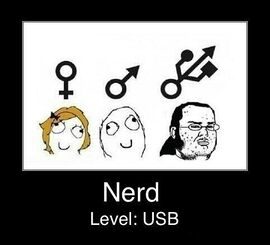 Think about yourself as James Bond going into the Casino Royal with his retarded friends. If you want to get some money and beat the bad guys, what do you do? You make a new body language. Think it is too hard for your stupid brain? Here are some recommendations! 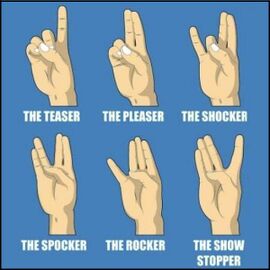 Wait! We are wasting time again! Let's move on, quick!

Are you one of those sneaky little bastards who love to write all the answers on their hands and hide them while taking a test? Then this is definitely for you! While taking a test, put your hands under the table. Did you find a trap door? Good, open it without making a squeaking noise. After that there will be all the answers right at your hands!

Warning - Most of schools have removed this method by having a Terminator. This is the reason why in one of the movies about him there is a scene where he eradicates a classroom full of desks.

Idea #4 : Use the 21st century technology[edit] 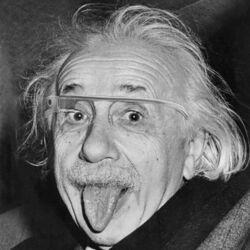 There's a rumor that his teacher was stupid enough not to notice his Google Glasses. That's why he is sticking his tongue out to show his triumphant victory.

Many teachers underestimate the current technology which allows billions of people to watch porn at any time. Many geniuses used modern technology in order to enhance their productivity as well as to cheat on tests. The most bold example is Einstein, who thought that school was only for losers, used Google Glasses that catapulted him to getting kicked out of the school. However, there is a myth about his teacher rage-quitting her job because he had no flaws on his marks whatsoever. After that incident many celebrities such as Julius Caesar used Google Glasses to plan battles and cheat on tests. 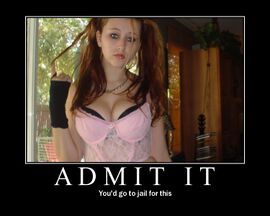 You getting masturbated by a girl.
Retrieved from "https://uncyclopedia.com/w/index.php?title=HowTo:Cheat_on_a_test&oldid=6095051"
Category: