As a teen who no one "understands", you need to be special. Today I will teach you to be cool and have lots of friends and show the authority who is boss. You will be the envy of the school and become the most feared person alive.

This is an important question. Where to start? What clothes do you wear? 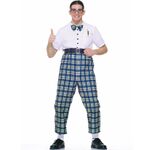 Oh god! Well, it's going to be a lot of work to make you a cool kid.

Think of the coolest color ever. What’s the most non-conformist color on the scale?

The most badass place ever.

If you guessed that in that order, then you were RIGHT. While pink is the most hardcore, badass, rock and roll, non-conformist, and beat the shit out of a panda then eat its bamboo color ever conceived, we will have to go with black because pink is 2cool4school. I wore pink once and was challenged by a biker gang to fight them. While pink made me look like a lose cannon, I was still the tiny weakling inside, so I was in a comma for 12 months. Now we know to only buy black cloths. But where do we go to get this hardcore, teenage, non-conformist, and badass cloths? Hot Topic of course.

Pick out some clothes. Did you get some really different and special stuff? Good. Might want some fingerless gloves too. This is the first step to being a special snowflake.

What kind of hair do you have?

Ok. We need to fix this. Remember, the coolest color is pink but as we said before, this will kill you. Try growing you hair out long and having really "cool" bangs. Dye your hair black and make sure it looks really hardcore. If you have to move the hair out of your eyes constantly its working. If you feel really special and non-conformist put some purple or pink stripes in there. Let the world really know how badass and cool you are.

Everyone's eyes are boring and conformist. When you look at people you want to strike fear into there hearts with your pure badassery. Use cool contacts to look like a vampire from one of your weird fan fictions you write about that kid in your class. Keep sending them really "good" poems, you will get her one day. Make sure it looks really bad ass.

Perfect. Now people will really see how emotionally damaged you are. Also, wear lots of eyeliner. Its not a girl thing. It's a badass thing.

This is one of the hardest steps. Looking badass and emotionally damaged is easy but acting like it is hard. Start to smoke and drink coffee as much as you can. 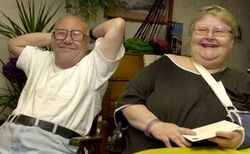 Parents are the most "ugh like totally like lamest like stupid people like ever. Ugh, they don’t get me. Remember, you are one hundred percent smarter than these fools. Your 15 years of life experience is way better than their 40. The know nothing and are just old people. Make sure to disrespect them whenever you can. Your dad "Hi son, what a lovely day." you "Fuck you old man." Make fun of them on your "weird faces books and twatters". 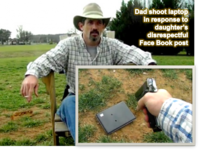 Worked great for her. Make sure to not do your chores. You're to important for that. Other notes. If they steal your new cloths, buy new ones with their money. Also if they take your credit card, steal their money. They use it for stupid stuff anyways, like taxes and old people stuff.

"Helped me turn my life around." (Turned right into the dirt at 70mph) 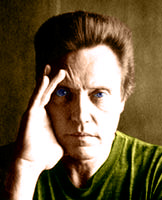 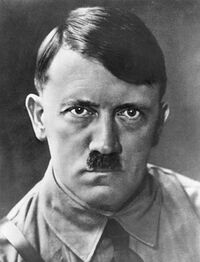 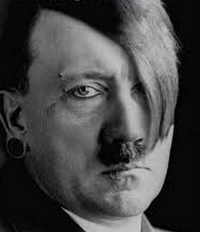 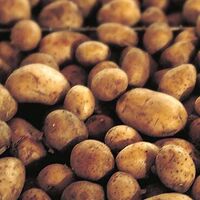 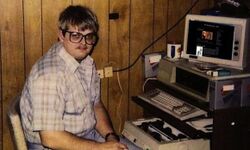 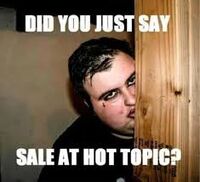 Realize you’re a loser who wears stupid shit and acts like a shit because of your extreme insecurities. Your parents are right and you suck ass. You’re just a sad teen who wears makeup. At least nerds get to be rich geniuses after they get out of high school. You’re going to be a loser all your life. Have a good one and good night.