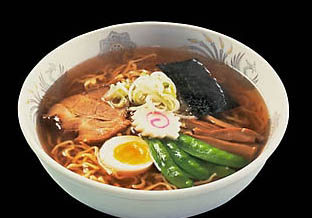 The typical fare of the Holy Order of Ramen.

The Holy Order of Ramen was founded in 1451 AD in eastern China by a sect of Zen monks who grew tired of "tea all the goddamn time, seriously, Zen cannot be just tea." They adopted a food, ramen, to replace tea because "it was more filling than just flavored water."

Today, the Holy Order of Ramen is a completely independent religion and is recognized by every nation in the world except China. And California, because they only believe in fake religions. It is most prevalent in Japan, China, and college dorms worldwide. 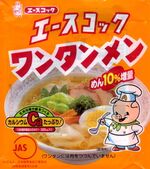 The Holy Order of Ramen (Chinese: 拉麺邪教 Japanese: ラーメン教団) has a specific ceremony they hold to consume their ramen, which they view as the most sacred of dishes. The actual ceremony is extremely drawn out, can take several hours to complete, and is never the same twice. However, several hours of preparation and ceremony yield not much food, so this elaborate ceremony is only used rarely (because no one's going to sit through 2 or 3 hours to just eat a bowl of soup).

There is a shorter version that takes about twenty minutes to perform. The procedure is as follows: