~ Some Homeless Guy on Hobonomics

“Any hobo with a knife is a certified doctor, like me.”

Hobonomics is a particular field of economics that deals with life on the streets and living in poverty. Pioneered by Dr Rusty McDowd PhD, Hobonomics revolutionised the world after the Greater Depression in 2029.

After receiving a TER of 89, McDowd barely qualified to take a course at the Adelaide University called "Hobonomics." The course was very unpopular but challenging. After completing a BA in "Hobonomics," he went on to apply for a Ph.D. in the same field. The future that followed soon after was not so bright. McDowd spent endless nights drinking cheap hooch, lying in shallow gutters and shouting at passers-by, "DA GUBERMENT STOLE MAH TEEF!!" Everything was going down hill until McDowd met the love of his life Butch McDyke.

Living in the gutters was not the life that McDowd wanted for his wife, but it would have to do as Butch gave birth to eight children billy jo, mary jane, billy bob, cletus, brandine, rubella, scabies and "Hey, You!". All of McDowd’ kids went on to complete the PhD’s in Hobonomics, but at the time they seemed to be useless. 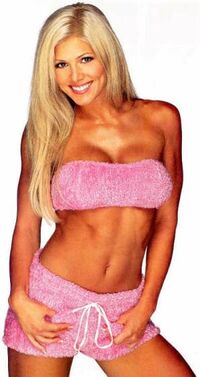 In 1929 the world suffered a major economic crisis after every single stock exchange in the world collapsed. This was amazingly 100 years after the Wall Street Crash in New York City. Billions of people around the world approximately 97% of the world’s total population were affected and lost their possessions, homes and their jobs. Due to this, many were forced to live their lives as hobo’s

During the initial stages of the depression, Dr McDowd and his children struggled, constantly hungry and looking for food. Dr McDowd’ beautiful wife Butch McDyke went without food, so that her children and husband could survive. Due to her self-starvation, Butch lost 500 pounds and decided to change her name to suit her new sexy and slender body. She changed her name to the sexy Busty St Claire.

Inspired by his wife, Dr McDowd set up a clinic along with his children to help those who could not come to terms that they were now hobos, and to teach them the ways of life as a hobo. With only 17 people in the world having “Hobonomics” PhD’s, and the McDowd clan having 9 of them, Dr McDowd was on the way to instant power and financial success.

With the money rolling in, Dr McDowd was able to buy back the teeth that the government had stole and because of his new found power and his place in high society, he persecuted the government for stealing his teeth. He was awarded a further $22.8 million.

Dr McDowd opened up his vast, expensive and majestic mansion to hobos who were doing it tough, inviting his good friend Laurena Marzocca to live with him. As a token of her appreciation, she became a servant to the McDowd’ clan. Sadly, her husband Fargus passed away after incurring the fatal disease Boneitis through intimate contact. Laurena was never the same, developing Stockholm Syndrome, falling in love with Dr McDowd.

Hobonomics Vs. The Monarchy of Spain[edit] 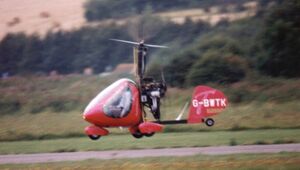 Through use of hobonomics, the McDowd Dynasty was forged from the ashes of a ruined civilisation, and lead the free world into a glorious new era of prosperity. All the free world, that is, except for one place: The Independent Monarchy of Spain.

Due to their communist-monarchic social structure, Spain had disconnected themselves from the world market several years before the Greater Depression. The ruling monarch, Her Majesty Blanca Rodrigeza Hernandez, had turned Spain into a self-sufficient, independent land, one that soon took it's place as one of the most stable economies in world history.

The greater Depression was written off as a freak twist in the world market, however it was later revealed that it was actually a power play made by none other than the Queen of Spain, who had used external resources to bring the market to a shuddering halt. With the world at its knees, Spain would become the world's only super power. That was, until the McDowd’ empire emerged.

When the McDowd empire rose to power, it caught the ever watchful eye of the Queen of Spain. A jealous, fiery woman, she monitored the expanding boundaries of the McDowd empire carefully, fearing the rise of a power that could face up to her own. With ever corporate takeover, with every business enterprise, the Queen grew more enraged, until finally, she snapped.

On December 25, Christmas Morning, 2032, the Queen of Spain sent her Royal Cadre, a crack group of warriors trained for mass destruction, lead by the Queen's Champion and royal consort, Michael "Muerte" Liptai. The team's objective: the McDowd Villa located on the Gold Coast. With alarming swiftness, the team infiltrated the compound, set their explosives and prepared to leave. No one is quite sure what happened next, but the explosives did not go off.

The team was discovered by Rusty McDowd and his sons, and a ferocious knife fight ensued. The Spaniards were natural born knife fighters, but the Royal Cadre were sorely pressed. In the scuffle, Liptai managed to flee the battle, taking with him a great prize : Busty St. Clair, wife of the leader of the McDowd empire.

Upon returning to Spain, Liptai was rewarded by the Queen for the capture of Busty, and then punished for the loss of his squad. Reports say the punishment and the reward were very...similar. But the worst was yet to come, for the McDowd empire had not been forged on sayings such as “live and let live".

On December 27 , two days after the initial assault, El Palace Espanol, the Queen's strong hold, was rocked by massive explosions. McDowd had arrived.

Using his para-military connections, McDowd had raised a private army of elite soldiers and weaponry, now all focused on the Monarchy of Spain. The Queen retaliated with her own elite force: The Royal Autogyro Fleet, lead once again by Michael "Muerte" Liptai. An invention by Liptai himself, the autogyros were half helicopter, half light aircraft, capable of assuming a walker-bot mode for land assaults, an airtight sub-mode for sea engagement, and each equipped with enough weaponry to go toe-to-toe with a naval battleship.

Using their obscure, multi-propelled aircraft, the Autogyro Fleet met "Simmo's Hobos" on a world wide battlefield. Upon land, sea and air they clashed, scorching the earth, churning the seas and blotting out the sun. After a full year of combat, no ground had been gained by either side, despite both suffering tremendous losses. Finally, an ultimatum was delivered by the Queen of Spain: "Meet my Champion of the field, and if you can beat him, we shall surrender. If you loose, your empire is mine." Desperate to bring the conflict to a close, McDowd agreed.

On the lip of the great Spanish volcano, McDowd waited for his opponent. When he arrived, McDowd was heard To gasp in shock! As Liptai stepped from his Autogyro, he brought out with him a slim, gorgeous figure- Busty St. Claire. "She is your whether you win of lose," Liptai scowled, "a pity. I was growing fond of her...company." Incensed, McDowd’ demanded that the showdown begin. The chosen weapons: quarter-staves. 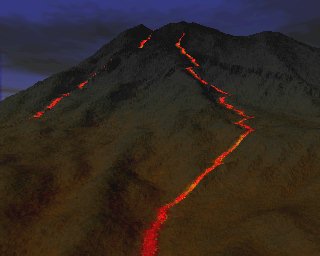 For almost an hour, Rusty McDowd the Hobo Tycoon and Michael "Muerte" Liptai battled back and forth on the edge of the volcano, no quarter given, none asked. Suddenly, McDowd was floored, and Liptai stood over his prone form, preparing to administer the killing blow. Just as the tip of the staff began to fall, McDowd reached down and depressed a small button on the side of his knee. A sharp hiss issued from his kneecap, which swung open to reveal a shiny gun barrel. A second later, the legendary Knee-Cannon discharged. Liptai was taken completely unawares, and the heavy cannon round ripped his left arm clean from his body.

Michael "Muerte" Liptai stood in shocked silence for a full second before his eyes rolled into his head and he tumbled sideways into the caldera of the volcano. Liptai's flailing body fell swiftly towards the magma below, his death assured. Suddenly, the air was filled with a loud droning sound, and a lone Autogyro swooped from the clouds into the cone of the volcano. A split-second before Liptai was burned to dust, the Autogyro caught his form on it's wing tip. Returning to the top of the volcano, the pilot stepped out to face Rusty McDowd. It was Blanca Rodrigeza Hernandez, Queen of Spain.

The Queen was distraught, never thinking her consort could possibly have come so close to dying at her command. She asked McDowd to agree to a final contract of peace, which he agreed to immediately. The two signed the agreement on the spot, both wishing to take care of their loved ones. McDowd, Busty St Claire by his side, shook hands with the Queen of Spain, their differences settled. However, crouched behind a rocky outcrop several meters away, a lone figure crouched.

Laurena Marzocca cocked the loaded rifle and stared down the scope at McDowd and Busty. After her husband had succumbed to Boneitis, and had not had her feelings returned by McDowd, Laurena had plotted against the Hobo Tycoon and his wife, but never followed through with any of her schemes. A few months after Fargus's death, Laurena was also diagnosed with Boneitis, now know to be both a hereditary disease and passed on by intimate contact. This was the last straw, and now Laurena would have her revenge. With McDowd and Busty gone, she alone would be heir to the Hobo fortune. As Busty moved in front of McDowd to shake hands, Laurena Marzocca squeezed the trigger.

The shot rang out clear, and everything moved in slow motion. The bullet struck McDowd in the back, severing his spine, and passed through his body cleanly, continuing on to graze Busty along her side before embedding itself firmly in Blanca Rodrigeza Hernandez's heart. Both McDowd and the Queen fell to the ground, and Busty's shriek could be heard across the land.

Rusty McDowd, aka Doctor Hobo PhD, spent the rest of his life in a wheelchair, paralysed from the waist down. He lives in the care of Busty St Claire and his children, managing the world's Hobo-nomics from his luxurious McDowd Villa.

Laurena fled the site of the shooting and went into hiding for several months. She re-emerged later as Amelia Mebbakov, and teaches pre-school children at the McDowd Happy Hobo Primary School. Memories of her attempted assassination will haunt her until the day she dies, a day that is long in coming. She will fight off her Boneitis, and will write a book entitled, "Boneitis and Me", which shoots to number one on international book list for a whole week, knocked off by the 27th Harry Potter book, "Harry Potter and the Legacy of Mr. Badtouch".

The body of the Queen of Spain and that of her consort was taken by loyal Spanish subjects, who returned them to the Palace. While unconscious, the subjects of Spain built a new limb for Liptai, a biomechanical steel arm that was fully articulated and fitted with various contraptions. Michael "Muerte" Liptai awoke to find his beloved Queen dead, and believed firmly that McDowd was responsible. He was quickly installed as the new King of Spain, a position he reluctantly accepted. He ordered the Queen be put into frozen stasis until they could find a way to bring her back to life. He will spend the rest of his life waging a private war against the McDowd name, and waiting for the day his beloved Blanca Rodrigeza Hernandez would open her eyes once more.