Deep Throat and the Greatest B.J. in History 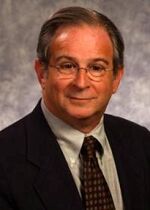 B. Jay Cooper, former White House Press Secretary, began his career with the brilliant coverup of the Reagan Crimson scandal and has been helping the Republican Party distort the truth ever since. His main other achievement has been hurting the credibility of the Clinton Administration if it could have been any worse standing on its' own as evidenced by a Washington Post Article from 1998 entitled "Could a B.J. Destroy The Clinton Presidency?". And everyone knows just how credible the Washington Post is.

However, since this is about the greatest B.J. in history in the oral office, perhaps we should really defer to President Clinton...only he is fit to make that judgement.

His Start: Preventing the Crimson Scandal in Reagan's 2nd term[edit]

Late in former President Ronald Reagan's second term he was at the height of his popularity and poised to leave the Republican Party in a great political position. Despite the fact that much of his administration's internal politics were laid to rest, the President's internal political fight was just beginning. Reagan was in the later stages of a common form of dementia and OCD called love. As it was work-related, expressing it could mean not only the end of his political career but it would be a major blow the Republican Party. While it drove him to make his passionate plea "Mr. Gorbachev, Tear Down This Wall!", it nearly created a scandal powerful enough to taint the Republican party for years.

After the speech the influential German newspaper Der Zweibel published the picture that fell out of President Reagan's coat. It showed President Reagan standing right next to Soviet Prime Minister Mikael Gorbachev smiling, holding a cocktail lips puckered up. He fell in love with Gorbachev's crimson birthmark! The two had met at an official diplomatic meeting between the Soviet Union and America. The two were talking when Gorbachev begun to dominate the conversation by yammering on and on about such trivial things as the prevention of nuclear proliferation. Reagan promtly tuned him out and just started staring at his birthmark to give the illusion that he was listening. Many have wondered how the Soviet leader reacted to this but two things are genrally known: 1. He is incomprehensible when he speaks so everyone tunes him out after about two minutes. 2. He is so self-absorbed that as long as his birthmark didn't prevent him from talking about himself, he wouldn't notice it.

What ensued was a relationship rivaled in emotion and devotion only by that of a man and his playstation. However as one might expect the whole thing was a debacle and threatened the entire Republican Party's reputation on matters of national security. The press was angry and they wanted answers so the Press Secratary was called upon to diffuse the situation and he had just the secret weapon: the Russian reversal . Here is a transcript of the press conference:

Dan Rather: "Is it true during the president's recent trip to Berlin he was overheard admitting that the only reason he said "Tear Down this Wall!" was so that he and Czar Gorbachev's Birthmark could run away together?"
Spokesman Cooper: "In Soviet Russia, wall tear down YOU !!"
Entire Room bursts into laughter
Dan Rather: *catching his breath and still laughing* "What were we talking about again?"
Spokesman Cooper: "We were discussing the impact of the presidents important speech."

After that the press never doubted Reagan's loyalty to the US nor even dared insinuate that there was a Soviet influence in Washington. The Republican kept power and the rest is history.

As many people suspected the Russian reversal was not created in America but rather in Russia. However few really know how it got smuggled out of the repressive USSR. From government documents recently released we have strong reason to believe that B Jay Cooper himself was responsible for smuggling the infamous phrase out of Russia during his time as a CIA operative.. At the time Cooper went by the code name Deep Throat and was embedded in the inner sanctums of Russian Power.

The report goes into little detail about the exact incident since memo had many authors due to the fact that previous authors died from a combination of laughter and bullets to the head. What we do know is that it was taken from one of the many well publicized brothels within the Kremlin and when the phrase was stolen Deep Throat shot the man who gave it to him making it a point to remark "In Capitalist America gun goes off in your mouth!" (which is noted as the most unfunny Russian reversal in history)