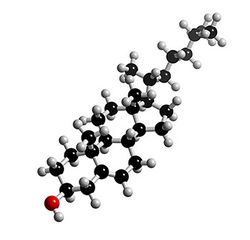 What the hell is this thing?

Cholesterol is a popular Scottish snack. Usually imbibed with a healthy portion of babies. And is fat with kittens. During the mass immigration of Scottish peasants from the Highlands to the USA, Scottish culture was taken with the migrants, including cholesterol, which has now become as famous in the USA as it is in Scotland.

Ever since the olden days of 1987, Americans have been concerned with Cholesterol. Immediately after the Scientologist Atkins discovered the terroristic fat, America has waged a heavy war on Cholesterol. Unfortunately, armed only with nutrition labels and Slim Fast, the nation quickly lost the war, wasting what precious little time they had on reading the labels on the backs of water bottles. It is very fattening.

As of early 2005, America has lost the war on Cholesterol, and the documentary Supersize Me highlighted the main events of the war on glutonistic terrorism. Now over half of the nation is overweight, where only select few can have war surgeons perform bypass surgeries. The nation known as America has lost the war and, as such, owes South Africa and Sally Struthers two thousand deep-fried Mars Bars.

Cholesterol is caught most easily by the weak - like Pregnant Women, Pregnant Children, and Pregnant Conservatives.

What's the difference between good and bad cholesterol?[edit]

You guessed, good cholesterol won't be transmitted during sex, but bad cholesterol will. The best way to stop any of the problems occuring is to get a Cholesterol test done before you get excited.