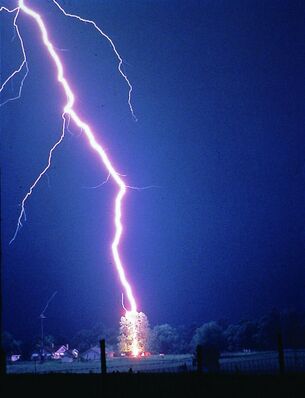 The cheese tree is a very large tree that grows cheese on it. Many people think cheese comes from cows, but they are completely wrong. Many people have believed in this myth, for years on end. In reality, farmers pick the cheese from the trees and sell them. The Latin name for these little trees, Darium chassius, simply means "Dairy cheese" (Chassi was the ancient Roman term for cheese). These trees cost up to $7,000,000,000. That is why most people have not heard of them.

The trees have specific growing conditions. For example, they will only grow in conditions below -2 degrees Celsius, on open ground with little shade. They blossom once a year - in the winter, and they are most commonly found in northern Russia, Canada and Scotland. The tree grow to their prime phenomenally - from the shoot breaking the surface to the first pieces of cheese being grown, takes just 4 months - September to January.

Around mid September, the seeds sprout. By the beginning of January, the first pieces of cheese sprout. This is the interesting part of the process: If you've ever had Brie, you will know that it has a thick, hard crust. This is how Brie starts out, a solid lump of crust. Afterwards, the cheese will grow to a maximum of about 600 grams, which is quite heavy for a cheese tree.

By the time the cheese has grown to its maximum size, usually around March, it will stop growing.

By the beginning of April, the inner layer of softer cheese will take up most of the space and about 1/4 inch of crust will remain on the outside. At this point, the cheese is picked by farm workers, and it is left to ferment for two months in a large fridge at a temperature of 4 degrees Celsius (which is around the temperature of your fridge at home). This enables the thin, runny liquid inside to solidify a bit more. (This is why some Brie is runnier than others - it was not stored at a cool enough temperature). After the two months is over, farmers send the cheese to a special dairy food factory, where all the Brie is mixed together, the pieces of crust are placed around the outside of the cheese. Later, the cheese will go straight to the shops for sale and is ready to eat.

Other than Brie, cheeses such as Edam and some varieties of cheddar grow in this same manner. The cheeses you see are basically just from trees, which have been covered in the leaves of the tree which they grew off of, rather than the outer crust. Goat cheese, however, doesn't come from goats nor cheese trees, but rather cheese ferns. Goat cheese has a peculiar taste because it grows closer to the ground. This effect is tasted most strongly in toe cheese.